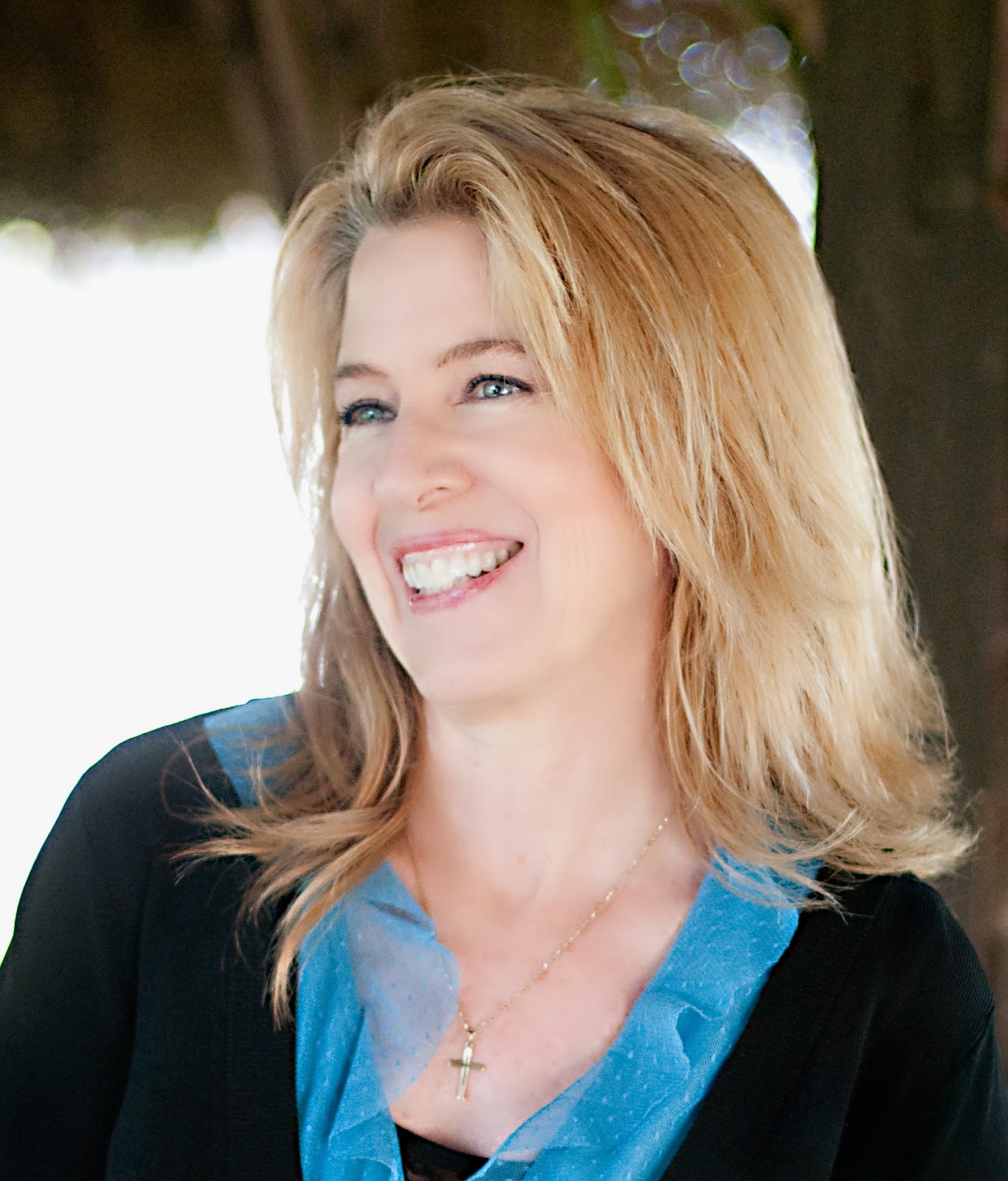 A Christy Award finalist and winner of two Inspirational Readers’ Choice awards, MaryLu Tyndall dreamt of tall ships and swashbuckling heroes during her childhood years on Florida’s Atlantic Coast. She holds a degree in Math and worked as a software engineer for fifteen years. Trapped in a land-locked cubicle, she was often seen pounding furiously upon the keyboard during her lunch hour, creating what would become her Legacy of the King’s Pirates series, all the while believing God’s promise to her that. “If you write it, I will get it published”. And He did! Twenty-five books later, her loving husband and six children still haven’t gotten used to her historic costumes and nautical speech. Her books are filled with adventure and romance and themes that are guaranteed to touch your heart! She continues to pen her romantic tales on the California coast while managing a home, husband, little scalawag grandkids, and several stray cats who have decided that her keyboard is the best place to sleep! She believes that without popcorn and chocolate, life would not be worth living, and her sole motivation in life is to bring others closer to God.


Why Glimpsing Beyond the Veil?

The veil represents a curtain that restricts people in this world from seeing things in another world, namely the spirit realm. I took the analogy from Scripture and the Jewish Temple where God commanded the Jews to create a thick curtain that was to be hung between the the Holy place and the Holy of Holies where God was said to dwell. This thick curtain was to prevent unholy man from entering the presence of God. Only one time a year was the high priest (after much sacrificing and cleansing) allowed to enter the Holy of Holies and even then, he had a rope tied around his ankle just in case he died and needed to be dragged out. It sounds harsh, but the Creator is so Holy and so Pure and Good that our human sinfulness cannot survive in His presence.

Then came Jesus, God's Son, who paid the penalty for us all and upon his death and resurrection, tore this curtain barricading God from man in half. No longer is mankind unable to approach God. We must only accept the sacrifice of Jesus, put on His robe of righteousness, and we can approach God any time we want!

The spirit realm exists!  Scientists say it could be in another dimension. In fact according to string theory, there could be multiple  dimensions that we don't even know about. This is where God lives, along with angels, and demons and our archenemy, Satan. The spirit world is as real and vibrant (even much more!) than the limited dimensions we are restricted to.  I have experienced this world through prayer and through miracles and visions and in personal battles, and it is my hope to expose my readers to the vast possibilities, adventures, and power of that other realm through the belief in and knowledge of our Lord Jesus Christ.

Therefore, I do not shy away from using the name of Jesus in my books. I often incorporate miracles, visions, and demons in my stories. In a culture that accepts the occult, wizards, zombies, and vampires without batting an eye, I hope to show the awesome present and powerful acts of God in a dying world.  He is alive and He loves you. And He has an adventure waiting for you. Only believe!

I grew up in a home that was broken in more than one place. My mother married multiple times. In addition, we moved twenty-five times before I turned eighteen. I never knew my father. You can imagine what that type of upbringing can do to a shy, insecure little girl. I craved love and stability. I wanted someone to take care of me and never leave me. I had two choices to fill that need. One, to turn to the God I learned about in brief periods of Sunday School, or two, to seek to fill that need on my own with the things I saw in the world. I made the wrong choice.


Every thing I did, every party, every relationship, every material possession I bought, every success I achieved, ultimately left me alone and empty until at age thirty-five, my second marriage was failing, I hated my dead-end job, my youthful beauty was fading, and my teenage kids were rebelling (wonder who they learned that from?) I remember wanting to kill myself, get it over with. I felt no hope for the future. I was a drinker back then. Alcohol helped numb the pain of life. So, I had a hidden bottle of Tequila in my closet. Whenever life overwhelmed me, I’d sneak in there and have a drink or two. One dark day, while sitting in the closet, I glanced upward and saw my old Bible sitting on a shelf. I dusted it off and began to read, promising myself that I would read it from cover to cover to see if anything happened. What did I have to lose? I wanted to believe so badly that God was real and that He loved me, but I had grown very skeptical.

I read it every night before I went to bed. Somewhere in the middle of Ezekiel, something began to happen. Passages prophesying how Israel would be scattered all over the world and then in the last days would return to their own land, flew out at me from the pages. You see, Israel was in the news a lot back then. Suicide bombings and rumors of war were a common story each night. And I knew enough history to know that Israel had only become a nation a few years before I was born. The stunning revelation that God had predicted them returning to their land sped through me like a cyclone. I remember saying out loud. “You’re real.” And then God’s presence fell upon me. I shivered. I got on my knees and began to sob. I gave my life to Him that night. I knew God was with me now. I knew He loved me and had a plan for my life. Suddenly my life had meaning and my heart was full. This is what I had been searching for!

But life didn’t get instantly better. In fact, it got worse! I had married an atheist and all of our children were atheists. I was in a house full of atheists! I didn’t know what to do. So, you can imagine the struggles and heartaches I endured in addition to the constant battles of faith. Yet, through it all, God never left me.

Several years ago, my daughter and I became infatuated with the first Pirates of the Caribbean movies. We had fun sneaking off to see it in the theater multiple times! Shortly afterward, I heard God’s voice deep within my soul telling me that He wanted me to write a book about a Christian pirate. At first I thought I had gone crazy and was hearing things! For one thing I was working full time as well as taking care of six kids and a house. When was I supposed to find time to write this book? But things began to change in my life, both at work and home, and I suddenly found I had some extra hours. So, without any formal training in writing or English, and never having written a complete novel before, I set out to write The Redemption, the story of a British lady who travels to the Caribbean in search of her father, gets shipwrecked and then kidnapped by pirates. It took me a year to write, but I had no hopes of getting it published. I knew the odds of any writer getting published were so slim, that a new author like me didn’t stand a chance. But the Lord encouraged me, nudged me, and sometimes shoved me forward! He led me to online groups where I learned so much about the writing process and how to find an agent, etc... To make a long story short, God opened door after door for me in such a miraculous way that it was evident His hand was on my book. I received my first contract only three months after my agent submitted my novel to various publishers. Now, years later, I’ve written over a twenty-five novels. God once told me that He had something wonderful for me to do, and I can honestly say, He’s a God of His word.

I am also happy to report that during the past twenty years since I found the Lord (or He found me!), my husband is saved and all of our children but one have made commitments to the Lord and have been baptized. I still have struggles with wandering kids and jobs and family and life in general, but one thing I willingly shout from the rooftops: God is real. He loves you more than you could ever imagine. And He is faithful!