In a colony named New Hope, while their friends are seeking a Southern utopia. . . .

After years of all but selling his soul to track down his scoundrel of a father, Hayden Gale discovers his search must continue in South America, where his father is reported to be helping colonize Brazil. Hayden has nothing more to lose, certainly not a good reputation, and vows to keep pursuing--at any cost--the vile man who he believes killed his mother.

Magnolia is seeking a way out. Desperately.

She’s in the jungles of Brazil against her will, but what choice does Magnolia Scott have? Her father insisted on uprooting their family to escape the uncertainty of Southern life after the Civil War. But how will she survive without all she holds dear—wealthy suitors, beautiful clothes, summer balls, and slaves waiting on her every whim? She vows to find a way to get back home—and attaches herself to handsome Hayden Gale.

As they journey toward Rio de Janeiro, they both seek to use the other for their own purposes. Deceptively. Falling in love was never part of their plans. . . . 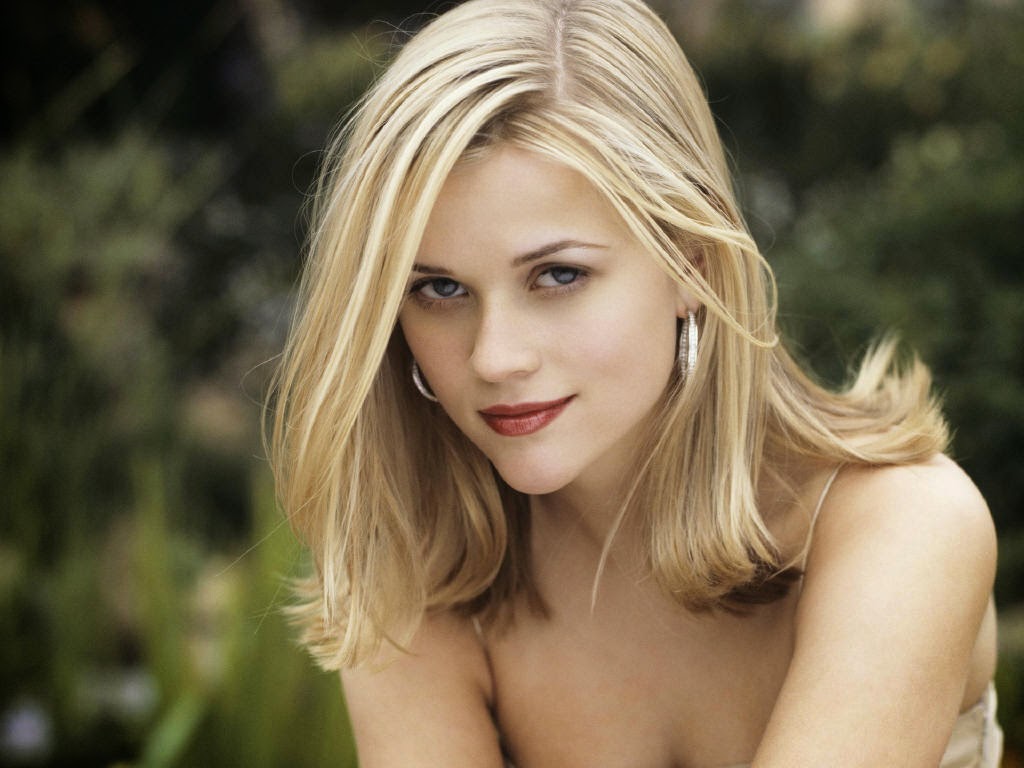 Brief Description: Magnolia was born and raised a privileged Southern Belle on a cotton plantation in Roswell, Georgia. And she looks the part! With long hair the color of sunshine, eyes as blue as sapphires, and a figure to put Helen of Troy to shame, Magnolia was never devoid of suitors vying for her hand. That is, until a confidence man swindled both her heart and her father’s fortune on a bogus railroad investment. Forced to sell their plantation to pay the debt, the Scotts move to town when the Civil War breaks out, robbing them of their remaining money. Now, nearly destitute and branded with a questionable reputation, Magnolia finds that no man of substance and pedigree will ever want her. To make matters worse, her father blames her for all their misfortune and insists it is Magnolia’s duty to use her beauty to find a husband with both a good name and a grand fortune through which they can restore their family honor. He constantly criticizes Magnolia for every infraction in her appearance and repeatedly tells her that her only value is in her beauty. Consequently, Magnolia suffers from a severe lack of confidence and an obsession with her appearance. Even so, she manages to attract the attention of a prominent lawyer from Atlanta who is more than willing to marry her. However the man doesn’t have enough money for her father’s tastes, so instead of agreeing to a wedding, he sells what little they have and moves the family to the jungles of Brazil where they join with other Southerners to create a new Southern Utopia. Magnolia is devastated and does everything she can to escape Brazil and find her way back home to her fiancé.

Quirks: Magnolia is constantly fiddling with her hair, tucking loose strands into her bun and making sure everything looks proper and good. She is terrified of not looking pretty enough, which comes from a father who constantly criticizes her for her appearance, while at the same espousing her beauty as her only good quality. Magnolia also has a tendency to babble on about things due to her insecurity.

Inspiration: I drew my inspiration for Magnolia from so many women I see today who are more obsessed with their outward appearance while neglecting the important quailites on their inside such as character, goodness, kindness, self-control, gentleness, forgiveness..etc. Our culture is so outward focused that everywhere you look there are books, magazines, TV shows, etc. . . that tell us how we can look our best. Cosmetics alone are a Billion dollar industry, and don’t get me started on plastic surgery. While it’s fine to want to look your best, God doesn’t care so much about our appearance. Our youth doesn’t last long. Our appearance is fleeting and unimportant. What lasts are the eternal qualities we foster in our souls. This is what God cares about. 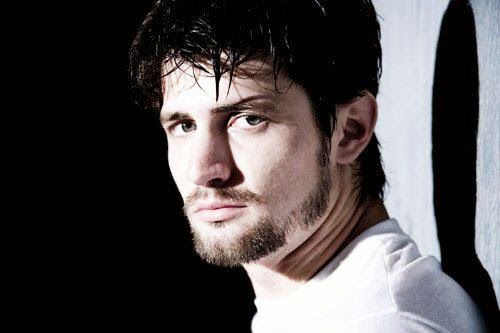 Brief Description: Hayden is a mix between a bad boy and a charmer. He’s the man who walks into
a room and draws every female eye, not just because he’s handsome, but because he has a mesmerizing charm and confidence about him that lures the female heart. At 25, he stands just over 6 feet, with dark brown hair the color of burnt almonds, and jungle green eyes. He’s rugged, yet refined. Not polished, yet sophisticated. Like a raw gem drawn from the earth, he’s beautiful but sharp. He moves with the confidence and grace of a predatory wolf, leaving a trail of broken hearts in his wake. But he’s not interested in women. His only interest is in enacting revenge on the man he believes orphaned him at a young age and left him to die on the street. His quest for that man has taken years and caused him more loss than he even knows. Now, it has brought him to Brazil, where for the first time in his life he has friends he trusts, feels useful, and is a part of something bigger than himself. But his quest still calls. A promise to his dying mother must be honored. So, he embarks on a journey, completely unaware that the spoiled, selfish, pompous Southern Belle, Magnolia, is following close behind.

Quirks: Hayden knows that all he has to do to make a woman swoon is give them one of his sultry winks. You know the kind. The one that says ‘you affect me like no other woman, and I’ve got my eye on you’ kind of wink! And he never fails to use this seductive weapon to his best advantage. Also, he carries around a tintype of the man he is hunting just to remind him daily of his goal and keep his anger surging.

Inspiration: Ah, who doesn’t love the wounded, rugged, bad-boy? The charming, seductive, confident man who sweeps women off their feet, but who inwardly is just a wounded boy in search of someone who will truly love him. Movies and books are filled with this type of hero! James Bond, The Count of Monte Cristo, Titanic, to name a few. This is a man who can handle any situation without fear. He’s courageous, daring, and highly skilled. But he’s not a leader. He shirks authority and prefers to stay on the fringe of society. Because he’s so wounded, he’s not always dependable either, not unless he falls in love. Then he falls hard and gives his lady love all he has. Hayden is just such a hero. All rough and tumble and charm on the outside, but possessing a wounded heart, that once healed will become the kindest and most loyal of all hearts.

View more Character pictures and scenes of Brazil on my Escape to Paradise Pinterest Board!

Tyndall is a talented writer, as she brings to life a time in America's past that divided not only a country but the people as well.
(Patsy Glans RT Book Reviews 2013-10-16)

Wow wow wow! I was gripped from the first page and couldn't put it down! You know the book is a great one if you wrestle between not being able to put it down and trying to slow your reading down so that you can savor it longer so the book never ends!!

Mystery, suspense, and breathtaking romance is what you are in store for if you buy this book!
(Eva Stephen GoodReads 2013-10-05)

I enjoy the characters, they are not flawless far from it, but are realistic,enduring, and engaging. This series just gets better!

An intense,emotional but very exciting and satisfying story of love and healing. I would highly recommend especially to historical romance readers and anyone who enjoys an awesome read!! If you have never read one of Ms. Tyndall's books you are in for a real treat, if you have, I need say no more... She is a compassionate,masterful storyteller who draws her readers into her stories as her characters face tragedy,their faith and the power of love.
(April Renn My Book Addiction Reviews 2013-10-18)

MaryLu Tyndall delivers a romantic adventure with believable touches of the supernatural in a remote historical setting. As the settlers try to build new lives, Magnolia and Hayden learn that hope can be elusive, unless found in God.
(Kim Peterson CBA Retailers 2013-12-10)

I love how the author digs into the spiritual realm as she enters into the middle of the series. I found myself on the edge of my seat as I was reading this book constantly wondering what was going to happen next.
If you love historical fiction this is a must read series!
(Abbie Tireman Abbie's Reading Corner 2013-12-30)

ELUSIVE HOPE is an exceptional historical romance. From page one, the reader cannot help but be drawn into pages of this addictive novel. MaryLu Tyndall is an author who provides readers the utmost reading pleasure in how she is able to spin her tale that will quickly wrap its way around anyone's heart. The rich historical detail she blends into her books make for a realistic adventure that will have your heat beating fast. There is no doubt, that MaryLu Tyndall is the Queen of the Historical Romance gene, her endless talent continues to leave me speechless.
(Suzie Hoursley Midwest Book Review 2014-01-28)