Help me choose my heroine's picture, and win an Amazon certificate! 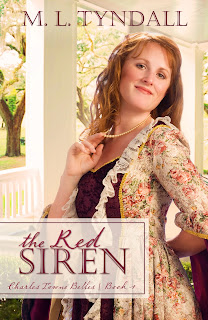 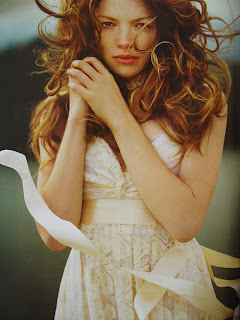 When I first started writing, I never chose character pictures. I had a certain look in mind and did my best to describe that vision throughout the book.  I never got a look at my character until my publisher sent the book cover to me. And usually, I would gasp in shock!  Even though I'd sent them a detailed list of physical characteristics, the model they chose never matched the picture in my head!  I'll use one of my books The Red Siren as an example. On the left you see the way I pictured my heroine. On the right, you see the way my publisher saw her!

Has that ever happened to you? Maybe you read an entire book, visualizing a character, and then you see somewhere online how the author thinks that character looks and it's completely different.  Or how about this? You speak with someone regularly on the phone but you've never seen that person. Then you meet them one day and you find it hard to believe it's the same person because you pictured them so differently! 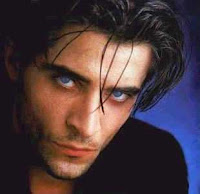 The imagination is a powerful thing. Sometimes it can completely take over reality!  For instance, on the last book I wrote, I found a picture online of a certain secondary character that I thought perfectly fit that person. But as I was writing the story, my mind kept picturing him completely different. He was chunky instead of thin, older instead of younger, more serious looking than humorous. And no matter how many times I kept staring at that picture, my imagination was having none of it!

By the way, the guy on the left is how I saw Captain Rafe Dubois in The Raven Saint. Can anyone say, "Is it warm in here?"  But I digress.

So, I ask you, does it help you when an author posts pictures of characters for you to look at while you're reading? Or do you prefer to allow your imagination to have free reign?  Have you ever seen a picture of a character after you read the book and thought, Yes, that's just how I saw him?

Anyway, I'm wondering if you could help me out. I'll be starting a new book shortly (Book 3, Abandoned Memories, in my Escape to Paradise Trilogy)  and I need a character picture. I've already sort of chosen one, but I'm thinking you all may be better at it than me. So here goes. I'll give the description, both of her physical attributes and of her personality, and if you think of anyone.. an actress, model.. someone who fits the bill, grab a picture of her online and go to my Facebook page and post it there. (link below) . I'm choosing Facebook only because you can't post pictures here in your response.

The person whose picture I choose wins a $10 Amazon certificate!


Angeline Moore
Even though Angeline is only 20 years old, she's already lived a life time of pain. Orphaned at 17, she went to live with an abusive uncle and ended up back on the street doing whatever she could to survive. She has auburn hair and violet eyes (eyes don't have to match). She stands at just 5'4" and has a voluptuous figure that attracts men.
Because of what she's been through, she is insecure, untrusting, volatile, fearful, and angry.  However, she is also kind-hearted, tougher than she thinks, and persevering.  She bites her bottom lip when she is nervous and carries around a pistol, determined that no one will ever harm her again!

Posted by MaryLu Tyndall at 7:15 AM