What do audio books and church growth have in common?  Absolutely Nothing!
However, I wanted to offer a couple of free audio books to you, my loyal blog followers, but I also had some comments about church growth, so here you go, my usual Friday madness!

The Reckoning on Audio 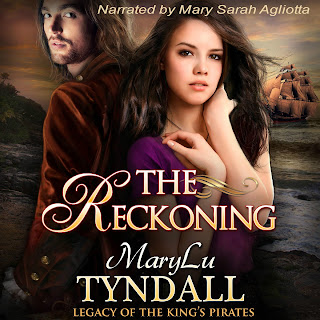 I know many of you have already read The Reckoning, but I have some FREE (Did I say FREE? Regularly $22) copies of the audio version to "gift" to those of you who are interested.  I hired a wonderful actress to narrate the story and I think she did a marvelous job. It's a super fun story to listen to, and would make a great gift as well.

There's 2 catches:
1. You'd have to create an audible.com account. It's not a big deal and it doesn't cost anything and they don't bombard your inbox with emails.  Audible is part of Amazon, so you can even log in with your amazon userid and password.  Then I will send you a gift receipt which you then can go to Audible and redeem for my book

2. After you listen, I'd love a review on the Audible site where my book is listed. Here's the link so you can save it. The Reckoning Audio

By the way, my new release, Charity's Cross is now available in Paperback!

(I know I said Church Growth, but bare with me)

The number of Americans who claim no religious affiliation has nearly doubled (from 8 percent to 15 percent) since 1990. In the same period self-identified Christians fell by 10 percentage points (from 86 to 76 percent).

Speaking of Europe, out of 60 million people in the United Kingdom, only 1.1 million, or about 2 percent, go to church every week. Once it was 10 times that. Even its leaders seem to have stopped believing in it. Declining congregations and growing costs make the Church of England an unsustainable venture without the recovery of faith.

I guess we can all agree that the Western Church is in decline. There are a multitude of articles on the internet listing various statistics and reasons.  But what I want to focus on is Church Growth. And in the oddest of places!


Yes, China! Amazing, isn't it? The Christian church is thriving in this Communist Anti-God country
When Communist rule was first established in China there were 1 million Christians.  Then Mao Tse Tung took over and during his rule he killed 65 Million Chinese in his attempt to establish his communist regime. I can imagine many of those were Christians.

Now, after 65 years of organized, systematic persecution of Christians, including long prison sentences, destruction of churches, and martyrdom, there are, according to PEW Research in 2010, 67 Million Christians. Some analysts believe if current trends continue we will see 160 million believers by 2025!

There could only be one possible reason for this. Persecution. It doesn't make any sense to the natural mind, but persecution will either tear you away from Jesus or drive you closer to Him. I'm talking life-threatening, torturing persecution. It definitely divides the nominal carnal Christians from those who are serious about God. Think about it, if you got up every morning afraid for your life because you are a Christian, how often would you find yourself on your knees?