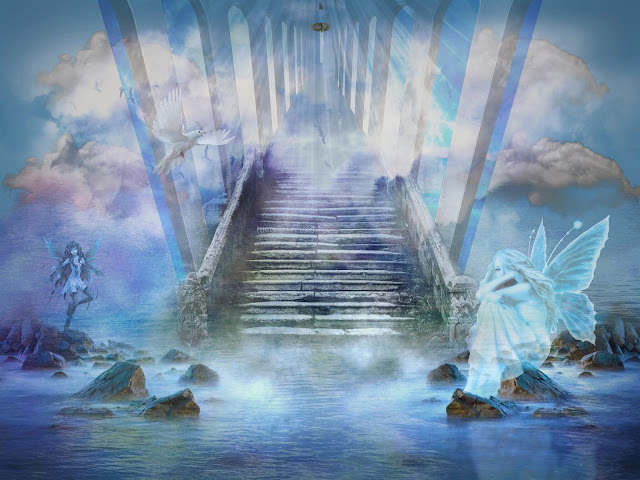 Greetings Saints!
Is the world (and the church) asleep? Just browse through the headlines below and tell me if every single one doesn't fulfill end times prophecy of Jesus, Daniel, Ezekiel, Joel, Revelation, and the Apostle Paul?  The Bible has sold more copies than any other book ever and still nobody seems awake. It completely baffles me. Every week I sit here and scratch my head, wanting to shout for people to wake up, repent, commit their lives to Jesus and then look up because it won't be long now!
Sorry for the rant. It's been a rough week in the world

New York passed a bill that would allow abortion up to the point of birth. They qualify it with if the mother's health is at risk, but that could mean, emotional health as well. In other words, if the mother doesn't want a baby. This is absolutely shocking and horrible and brings tears to my eyes. I plan on writing a post about how we have returned to child sacrifice on the altar of Baal. How proud our enemy must be

Aside from that we have the Gog-MaGog war of Ezekiel 38 looming on the horizon. That war could break out at any moment, though I personally believe something has to happen to weaken America before Russia, Iran, and Turkey will take a chance. We wait and watch


How long does America have?

Are the 10 plagues of Egypt reappearing?
Is Israel ready for all out war?
Super Blood Moon, plagues and peace plan
Rabbi declares the Messiah will come before Israeli elections in April

Wars and Rumors of Wars

Apple and other Tech Giants protect pedophiles and porn but ban pro-America conservatives
New Socialist congresswoman issues violent threat to all Republicans
China is building huge espionage database on Americans
Intel wants to be your one stop shop for 5G - mark of the beast tech
Humans to download their souls into microchips so they can live forever
Bill in Arkansas would regulate chipping employees
Disarm Americans: Gunning for your 2nd Amendment rights
Majority of world population support Globalism
Chinese government to rewrite the Bible and make it more communist.
Vaccine deep state plot discovered that would criminalize all anti-vaccine speech
New IRS spy software
Deep state plan to remove Trump and Pence and install Pelosi as next President
Globalist Angela Merkel pushes for One World Government
Leftist working overtime to shut down the movie, Killing Free Speech
Believing a lie--the power of media manipulation
Microsoft installs a "Fake" news filter into its browser
Merkel and Macron moving toward a powerful EU army.
Fake news of the left has ruined these catholic boy's lives

Man intended to attack the White House with a anti-tank Rocket
Very disturbing video of a show in Lithuania  that will make you sick, but if you have the stomach for it, it's important to know what's going on in the world.
A tale of Two Marches, Abortion and Pro-Life
Zimbabweans have been killing white farmers and now the black community is starving to death
University of Georgia teaching assistant says "Some white people may have to die"

Signs in the Sky

Many Christians are being killed. New report says up to 60,000 are currently in concentration camps
Karen Pence condemned by the Left for teaching at a Christian school
Iranian Christians refuse to renounce their faith in exchange for their freedom
Lady GaGa blasts Mike Pence, calling his worst form of Christianity
China forcing Christians to replace Jesus with Communist posters and turning pulpits into gamerooms
Kamala Harris, senator from CA, reveals that she hates God and anyone who believes in Him

Replacement theology rears its ugly head in many Christian organizations


On that happy note, have a great weekend!  But remember, we are not appointed to God's wrath!