Can A Christian Lose Their Salvation? 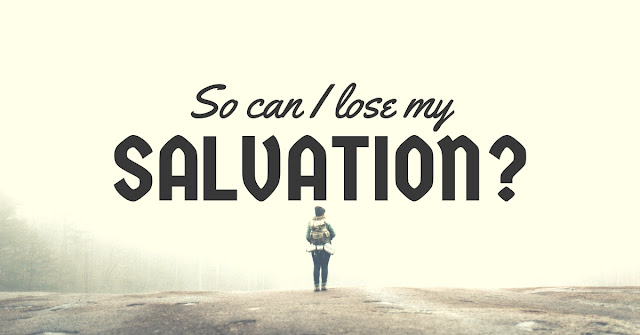 Sounds like we have to hold fast to our faith, to our salvation, to the Gospel or we would have believed in vain

but Christ as a Son over His own house, whose house we are if we hold fast the confidence and the rejoicing of the hope firm to the end. Hebrews 3:6
Check out the use of the word IF.  That indicates that something is required of us to keep our salvation.
Remember therefore how you have received and heard; hold fast and repent. Therefore if you will not watch, I will come upon you as a thief, and you will not know what hour I will come upon you. Revelation 3:3
Honestly, I could go on and on with Scriptures. I'm not giving you my opinion. This all comes directly from the Word of God. Believe me, I wish with all my heart that salvation could not be lost because that would mean that my entire family, all of whom at one time said the prayer of salvation, would still be saved. But I cannot go against Scripture. I just can't.  Yes, Salvation is FREE but we have an obligation to keep it. God didn't remove our Free Will when we got saved. If we choose to walk away from God, we can.
We all sin, but it's a matter of the heart. Are we repenting (oh no, there's that nasty word again) Are we walking daily with Jesus? Do we want to change and follow Him? That's all He requires. As long as we are trying and we have a continual relationship with Him!  Thank God for His Grace and Mercy!
Posted by MaryLu Tyndall at 12:30 AM